Kathmandu- The government and the Nepal Communist Party led by Netra Bikram Chand alias Biplav have sealed a three-point agreement on Thursday.

A meeting between the representatives of the government and that of Chand-led group held in Baluwatar this morning has reached a deal to lift the ban imposed on the outlawed Biplav outfit.

As per the agreement, the Biplav-led group has agreed to pursue peaceful politics by renouncing violent activities.

The government and the group have also agreed to publicize the details of the agreement at 2 pm on Friday.

A joint press statement signed by government’s talk team coordinator Thapa and the group’s Spokesperson Bishwakarma said that the group has agreed to resolve its political demands through negotiations.

The group has also agreed to carry out its political activities in a peaceful manner.

Likewise, the government has also agreed to lift the ban imposed against the group, and release all prisoners and scrap cases filed against its leaders.

It should be noted that both the sides on Wednesday said that the talks had ended on a positive note.

The government and the Biplav group had engaged in formal talks on Wednesday.

The Biplav group formed a team led by secretariat member and spokesperson Khadga Bahadur Bishwokarma and its central member Udaya Chalaune on Tuesday to hold dialogue with the government.

Both sides were engaged in multiple rounds of informal talks before the formal dialogue, it has been learned.

The team arrived in Kathmandu on Tuesday.

The government had banned the Biplav group in 2019 citing what it said “terrorist” activities.

A recent cabinet meeting had decided to initiate talks with the group to bring them to the peace process. 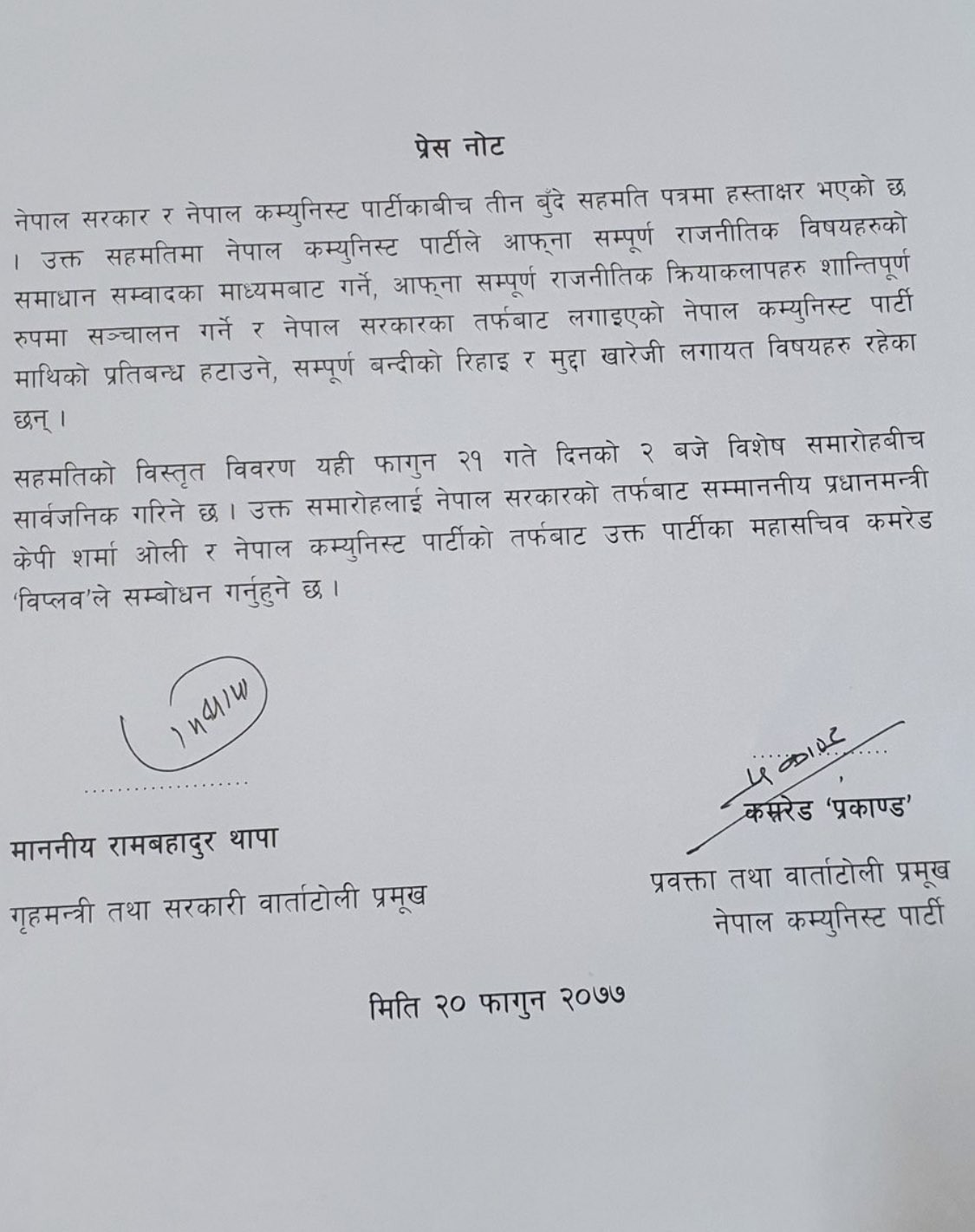