Planning any trip is quite a task, but a trip for 28 is a different ordeal. Checking off essentials on my list, rummaging through backpacks and wardrobes, tending slight inconveniences were all part of a beginning – the beginning of a classic journey with Genesis Adventures. 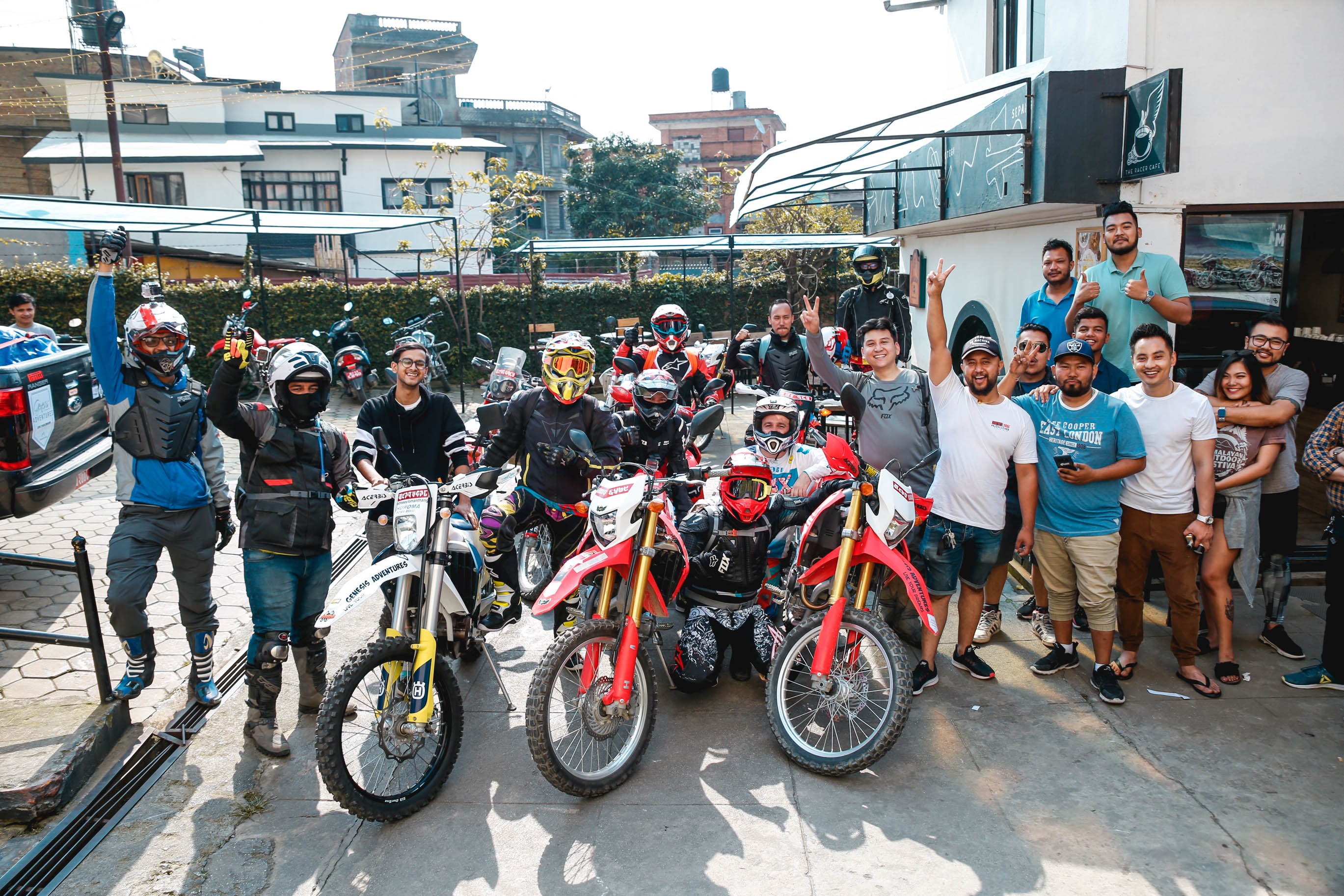 The toughest terrains this country knows, the Himalayas have always been a conquest of desire for adventurers. Be it mountaineering, trail running or driving; the thought of journeying through the desolate landscapes of Lo Manthang certainly revived us with vigour. Unafraid of a little dirt on our hands along with careful planning, we headed for the hills. 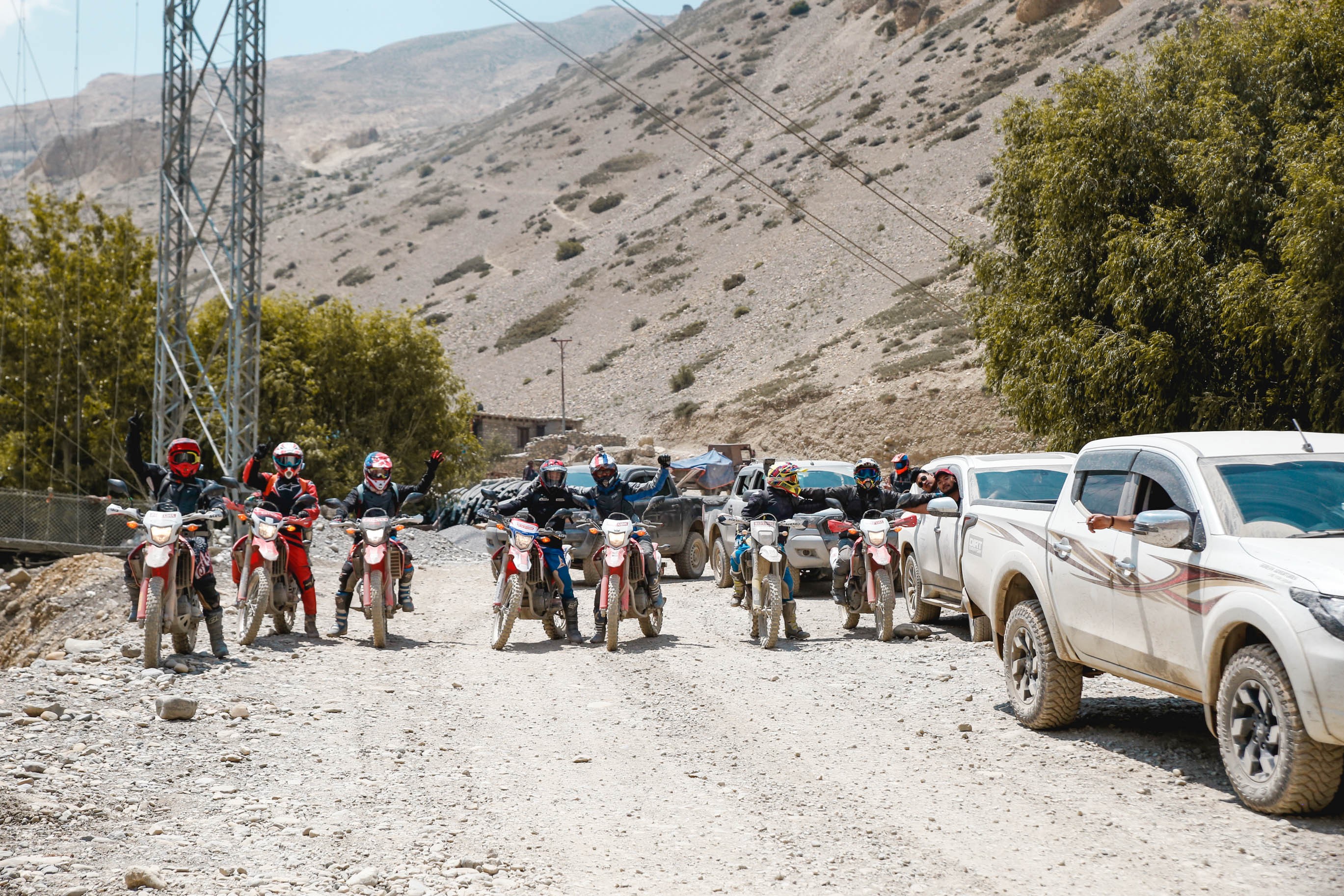 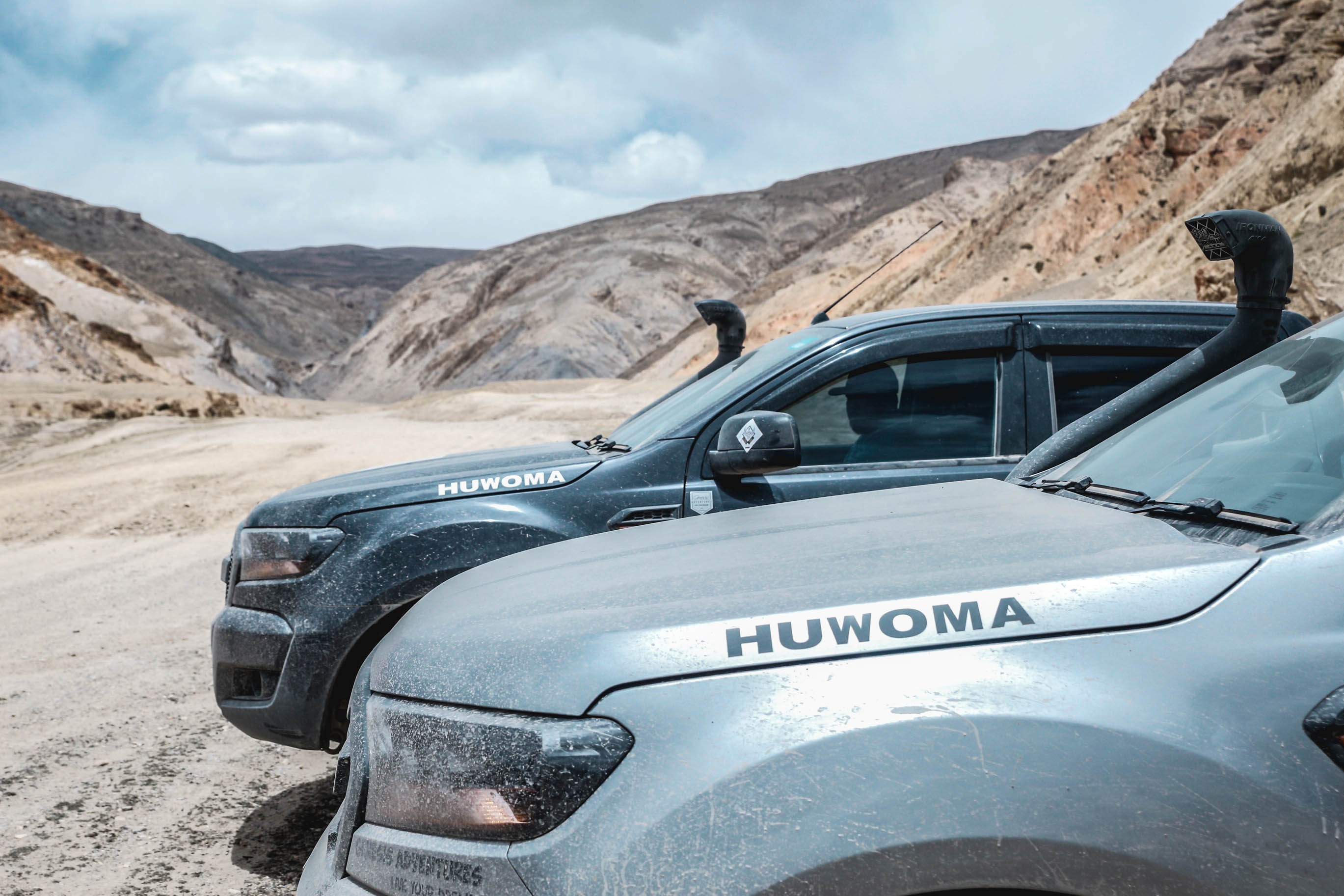 A more than rare chance caught our attention, the highly anticipated Tiji festival in Upper Mustang’s Lo Manthang was ready to kick-off and we were more than willing to roll the dice and take our chances. Better yet with 14 motorbikes and four 4WD vehicles, it was a lifetime opportunity for every one of us. 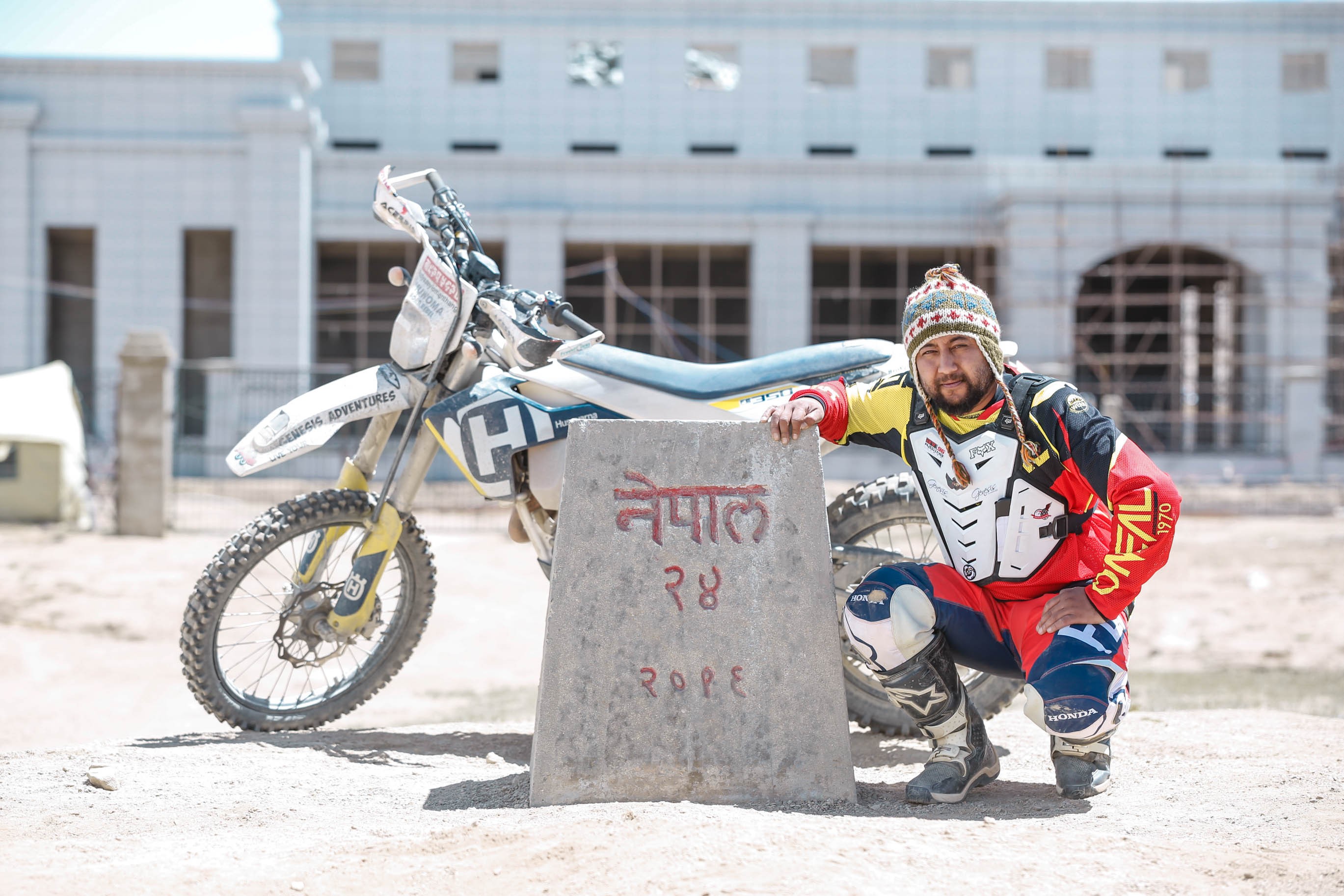 A 200 km ride to Pokhara lay ahead of us. Fresh faces but with the familiar spirit of exploration, we headed for the ‘City of Lakes’. The seven-hour drive wasn’t so bad after all – enjoyable pit stops along the highway, favourable weather and interesting company made it seem way shorter. 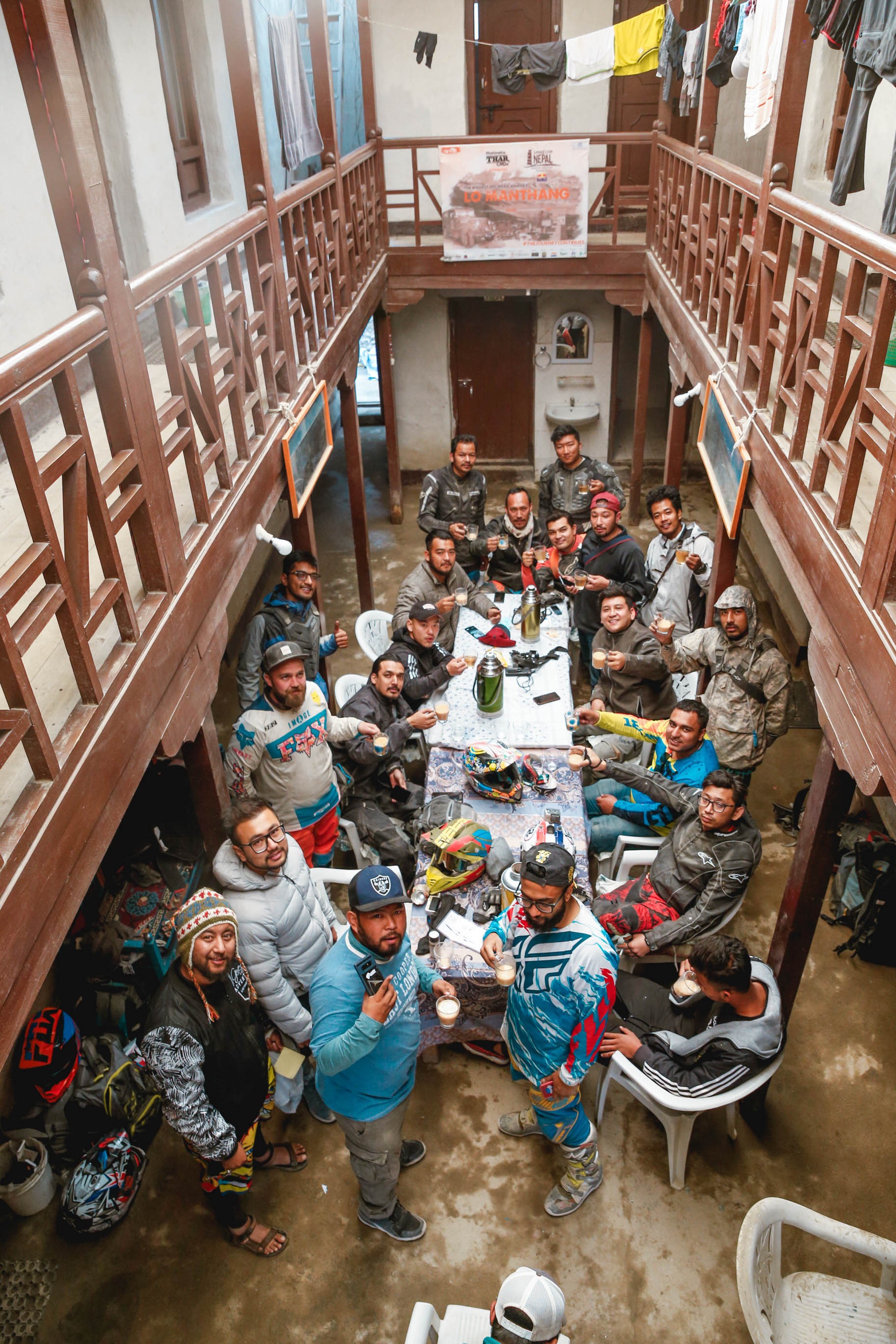 Our very second day was the start of this magnificent escape. The road to the ‘Forbidden Kingdom’, as expected is not a walk in the park. The roads to Jomsom immediately indicated of the battles uphill. Covering a distance of 160 km including 60 km of rocky paths, the rugged terrains and high altitudes were quite challenging. 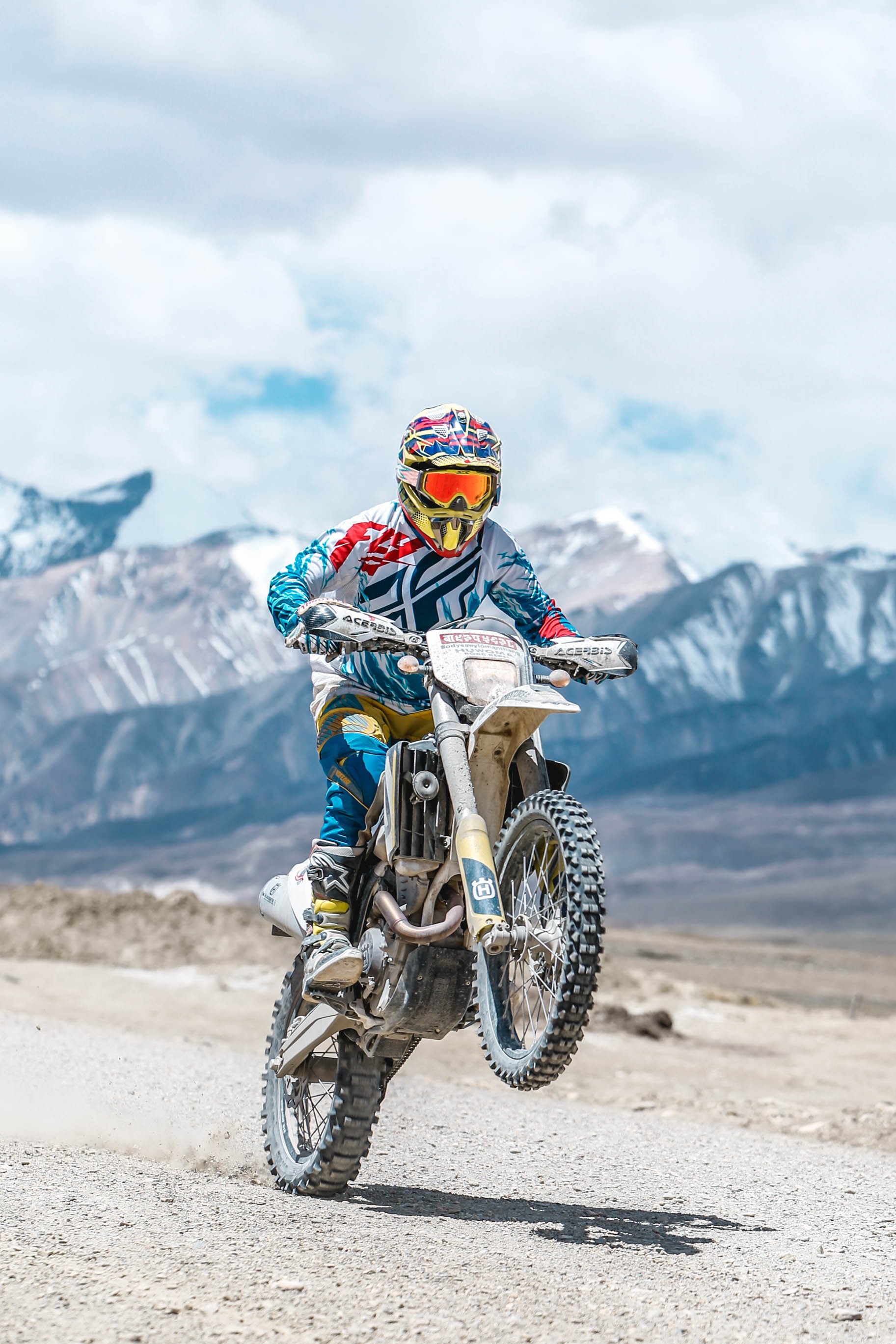 A fair amount of rest along the way and waiting for clearance of construction work deemed to be a great idea as we finally reached the quaint hamlet of Jomsom. A little chatter here and there, a massive diet of dal bhat and I decided to call it a night. Inaudibly preparing myself for the arduous journey ahead, I drifted off to sleep. 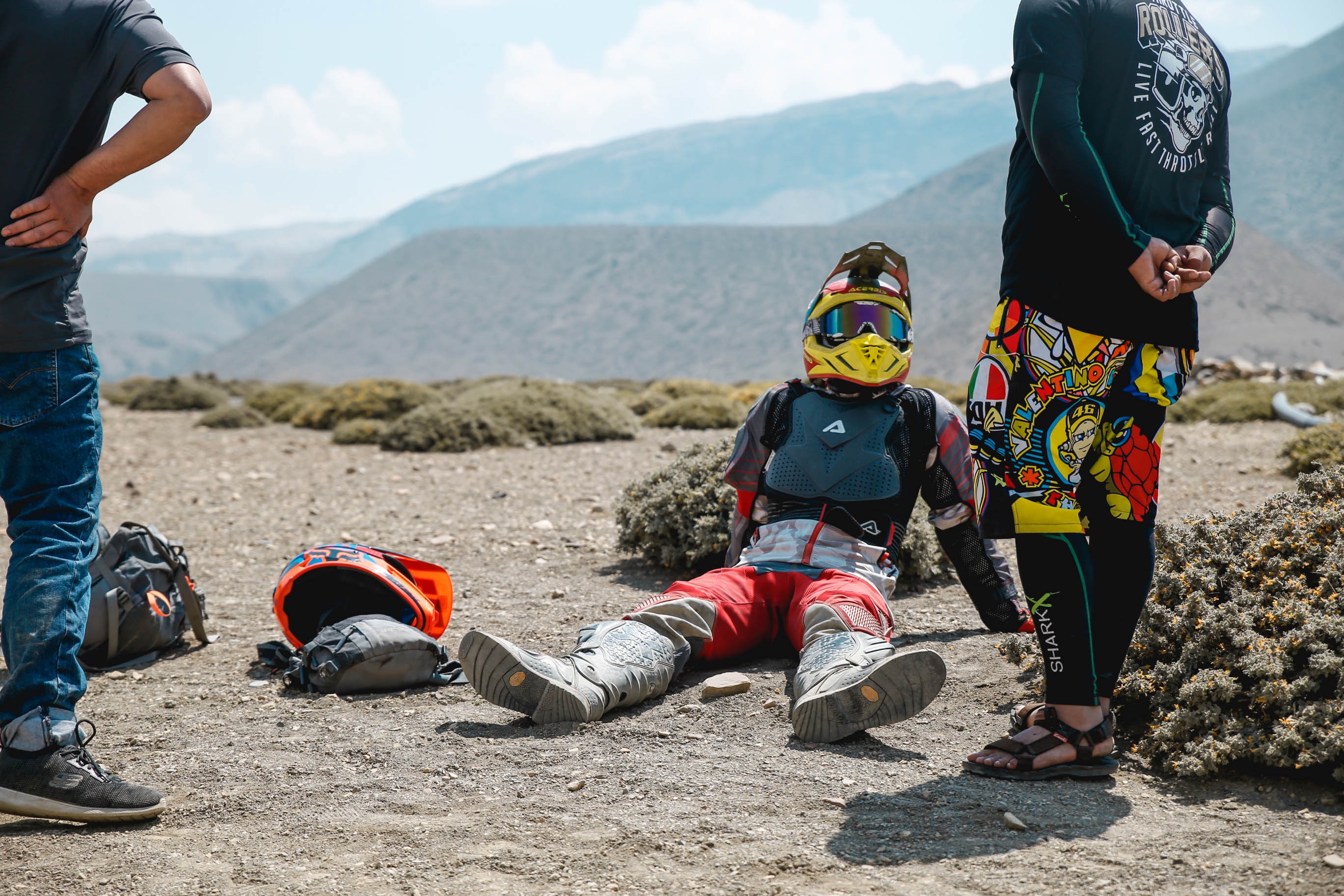 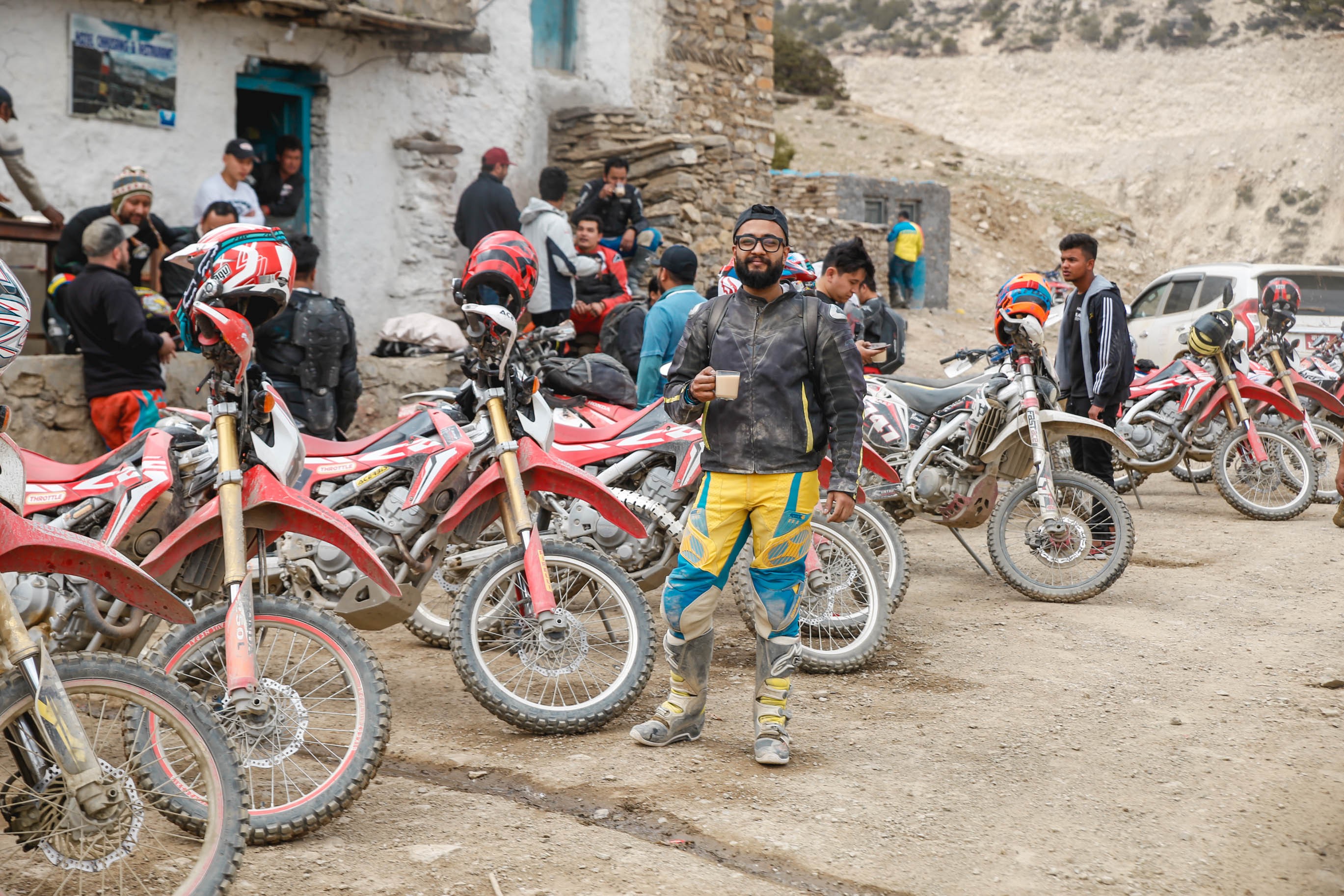 Waking up to the sight of lofty mountains is a dream many long for. Here we were, in Jomsom with a mighty view and pumped for the ride ahead. I had my eyes set on Lo Manthang for quite some time and we were only a day away from reaching our end destination. 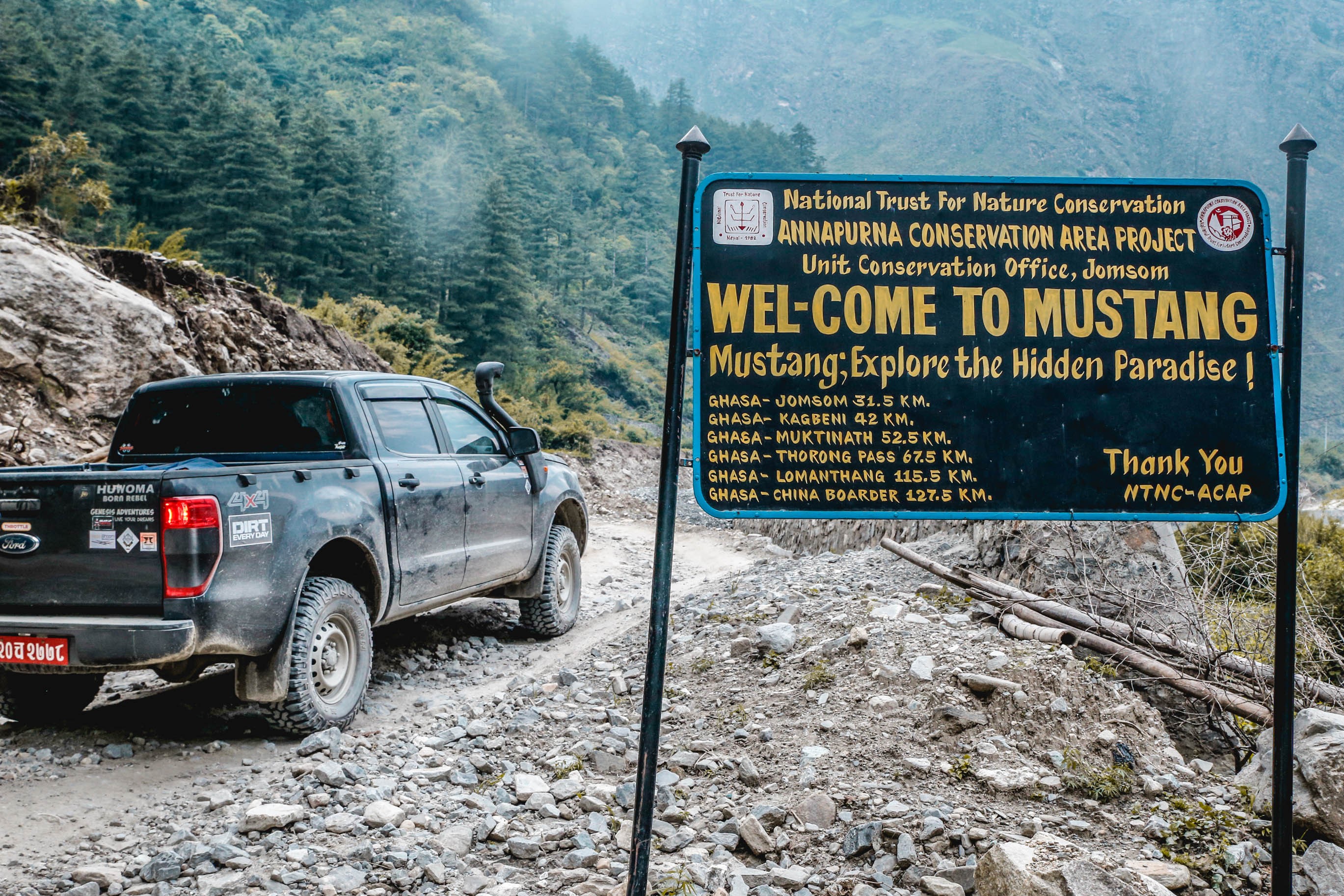 Tough as it may seem, we were prepared for the worst. Traversing through fierce rivers, steep hills and formidable rocky paths of loose sand and gravel was not the easiest but was unlike anything I’d experienced. Stopping along the way to admire the view was a pleasantry none of us missed. 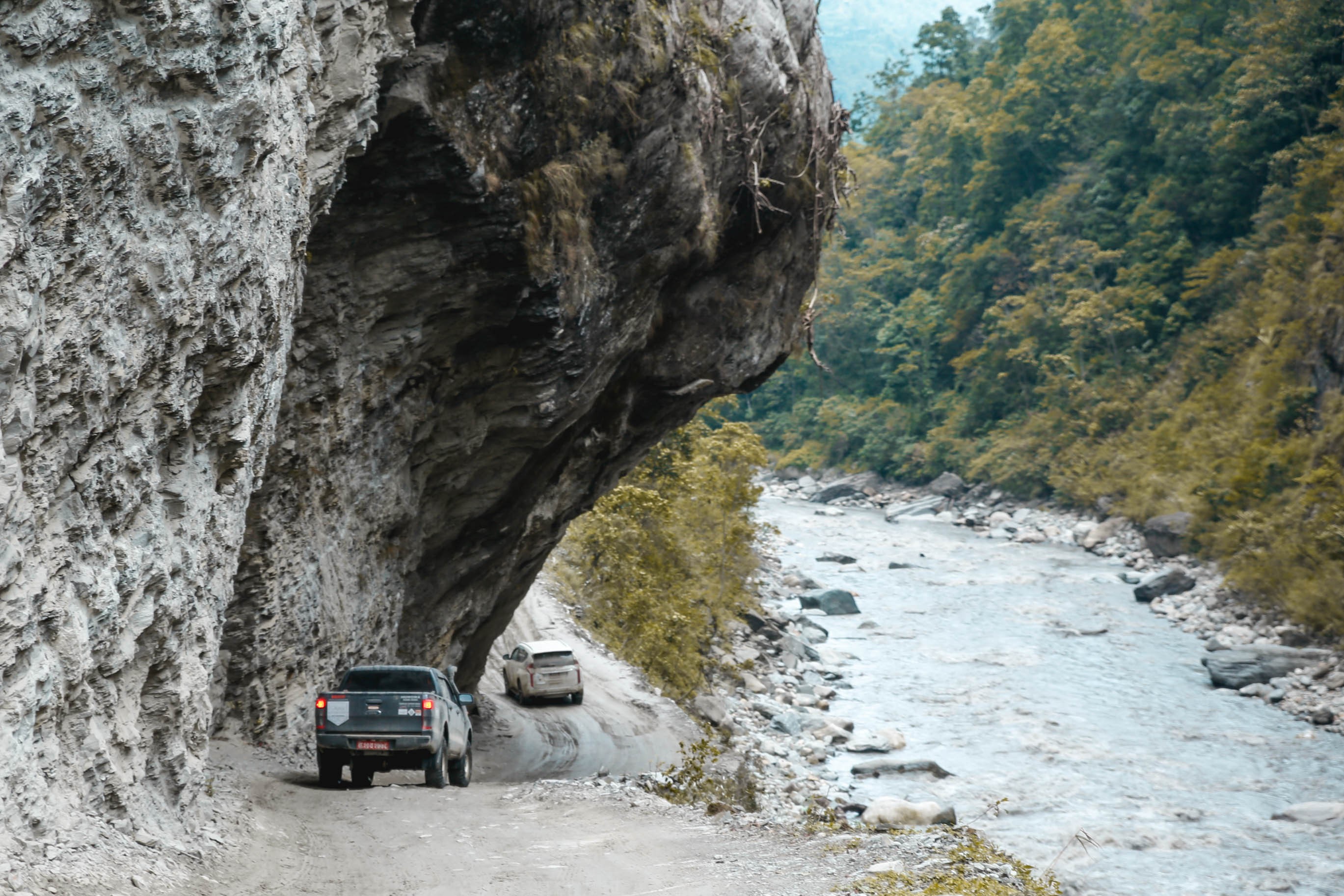 An iconic skyline of huge rocks in bizarre formations and the wild, barren valleys of the forbidden kingdom beckoned us. Ancient caves each tell a story of their own and after this 10-hour drive spanning 49 km each of us also had a tale of our own. 15 km away, we arrived in Choser, where we chose to spend the night at Shelkher Guest House. Impressive as it was, an actual cave was our abode for this long and tiring day. 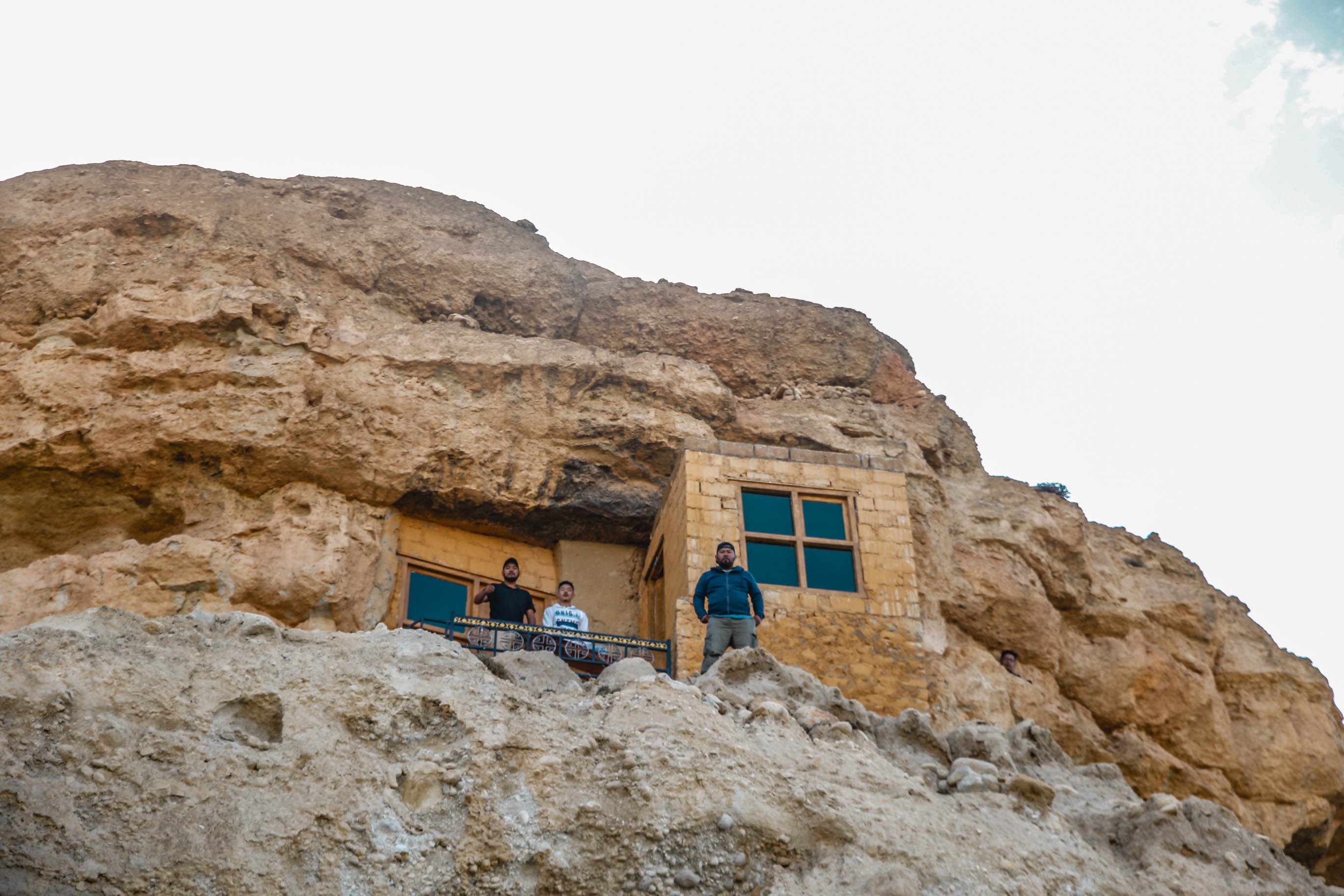 The fourth day, we quickly grabbed breakfast and drove towards the Korala border. Our breaths were shorter and heavier which meant we were gaining altitude. The vast horizons widened at 4660 mt, ensuing a giddiness in me. The popular Jong Cave believed to have been built by escapee monks from Tibet was our next stop. Dug right out on a hill in the Trans-Himalayan region, I was amazed to see that it had 40 or more rooms/ openings. A clandestine touristy experience, we then drove to Lo Manthang to observe the Tiji festival. 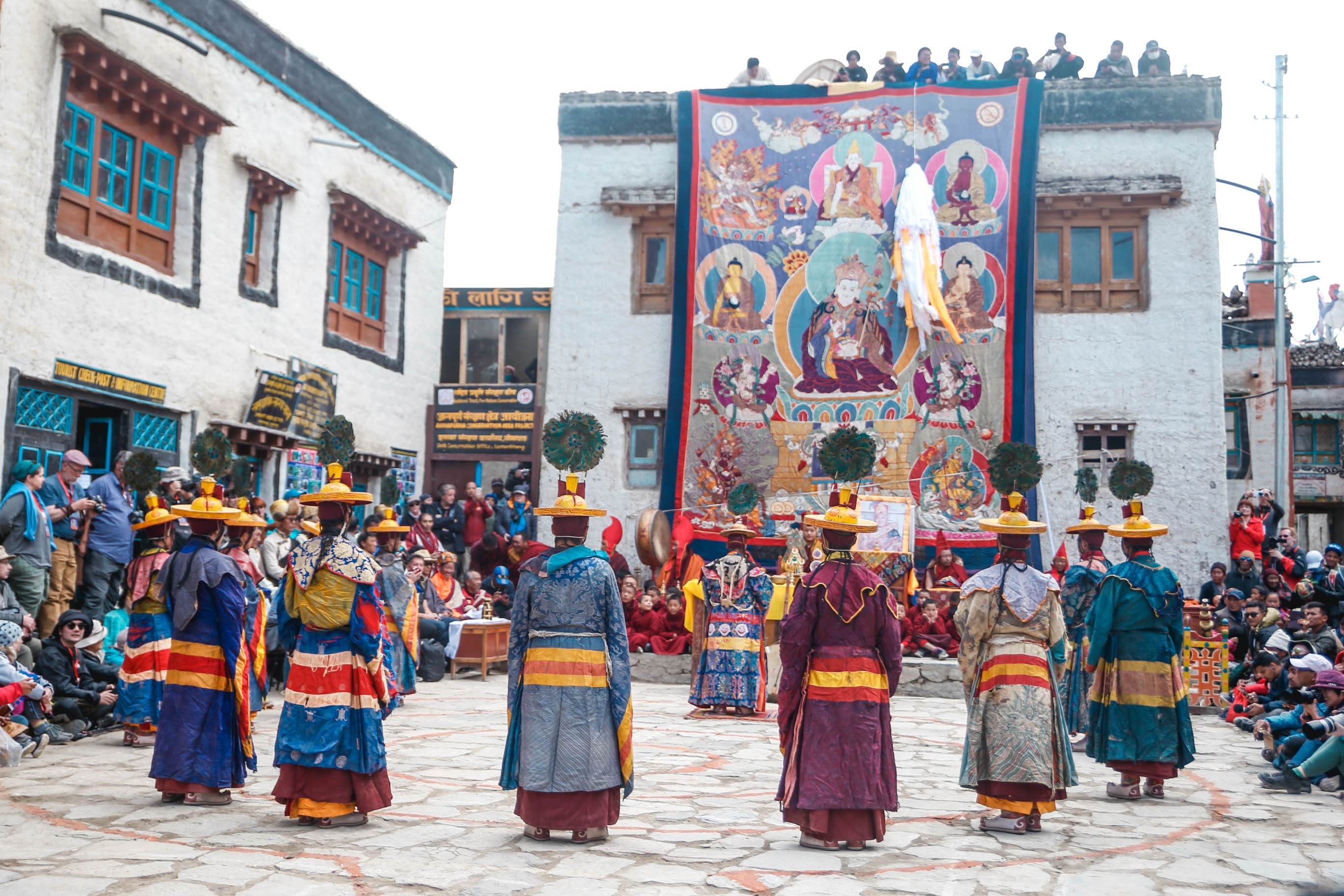 Consistently rolling up our sleeves, nurturing our engines and wellbeing, we finally reached. A team of 28 enthusiasts who shared the fondness for new experiences had made it to the forbidden land, now with renewed vitality and camaraderie. 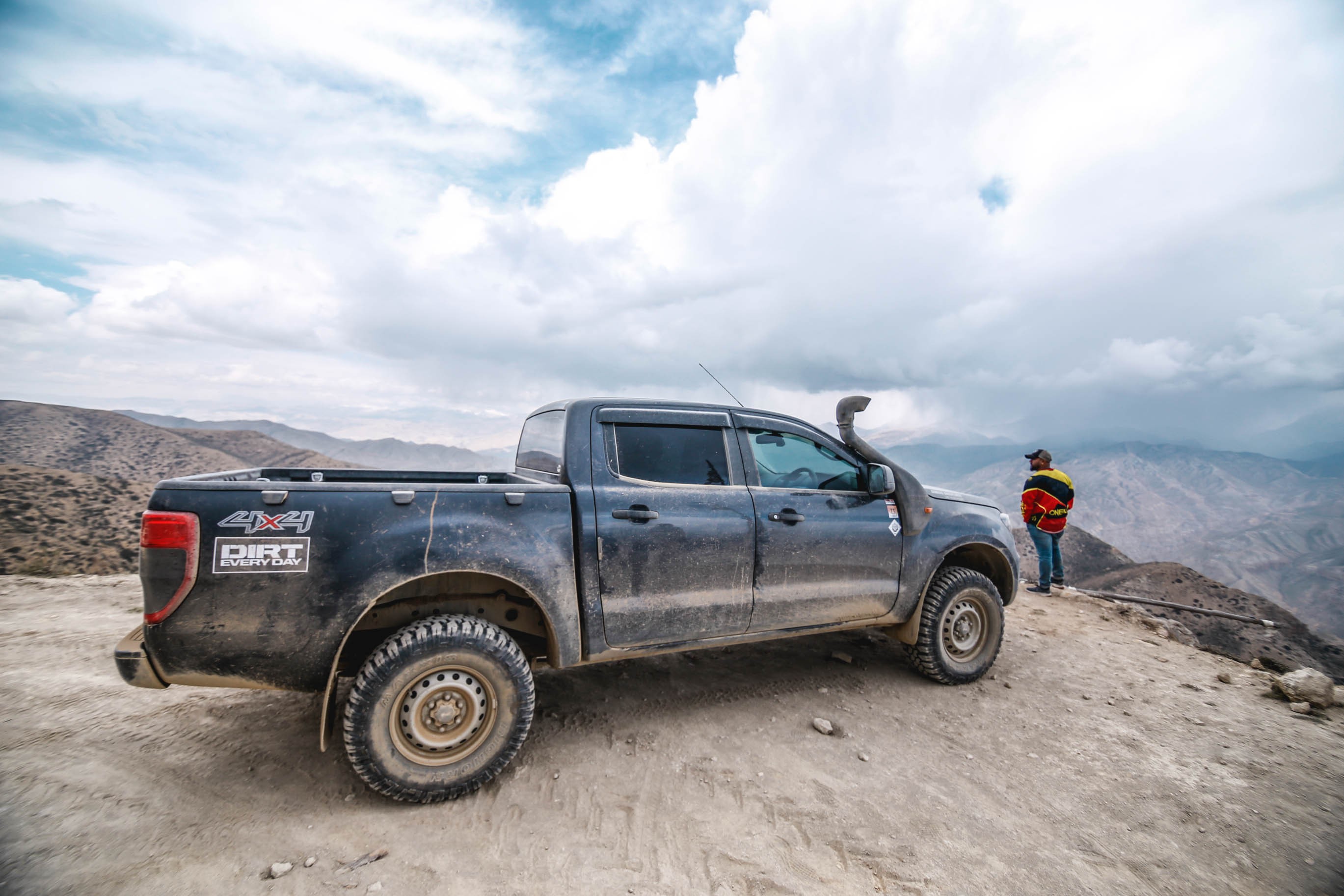 The three-day festival surely is the coming together of Tibetan rituals, dances and prayers, making it by far one of the most colourful events I’ve set eyes on. Legend has it that a deity named Dorje Jon battled his demon father, thus, saving the kingdom from destruction. Witnessing vibrant masked dances, religious rituals and listening to mythical stories of the past really had me wondering what it was like centuries ago. Without hesitation, I joined in on the revelry with a glass of Jwai Khatte (local alcohol) in hand. 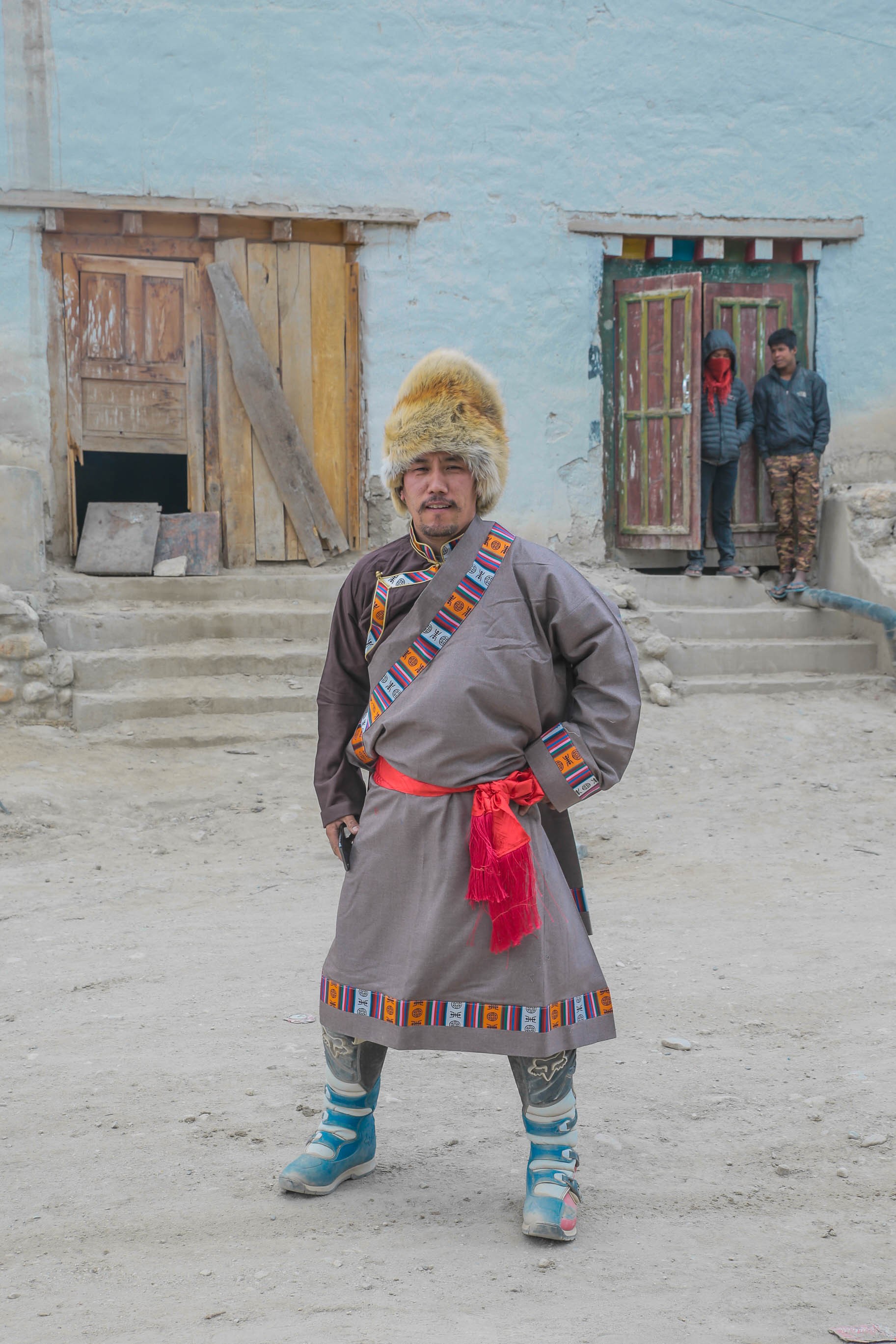 Greeted by beaming faces and now saying goodbye and waving to them on the fifth day wasn’t easy. Their hospitality enriched my soul, if only I could do the same for them. Forbidden up until the 90’s, memories of this close-knit kingdom still makes me nostalgic. 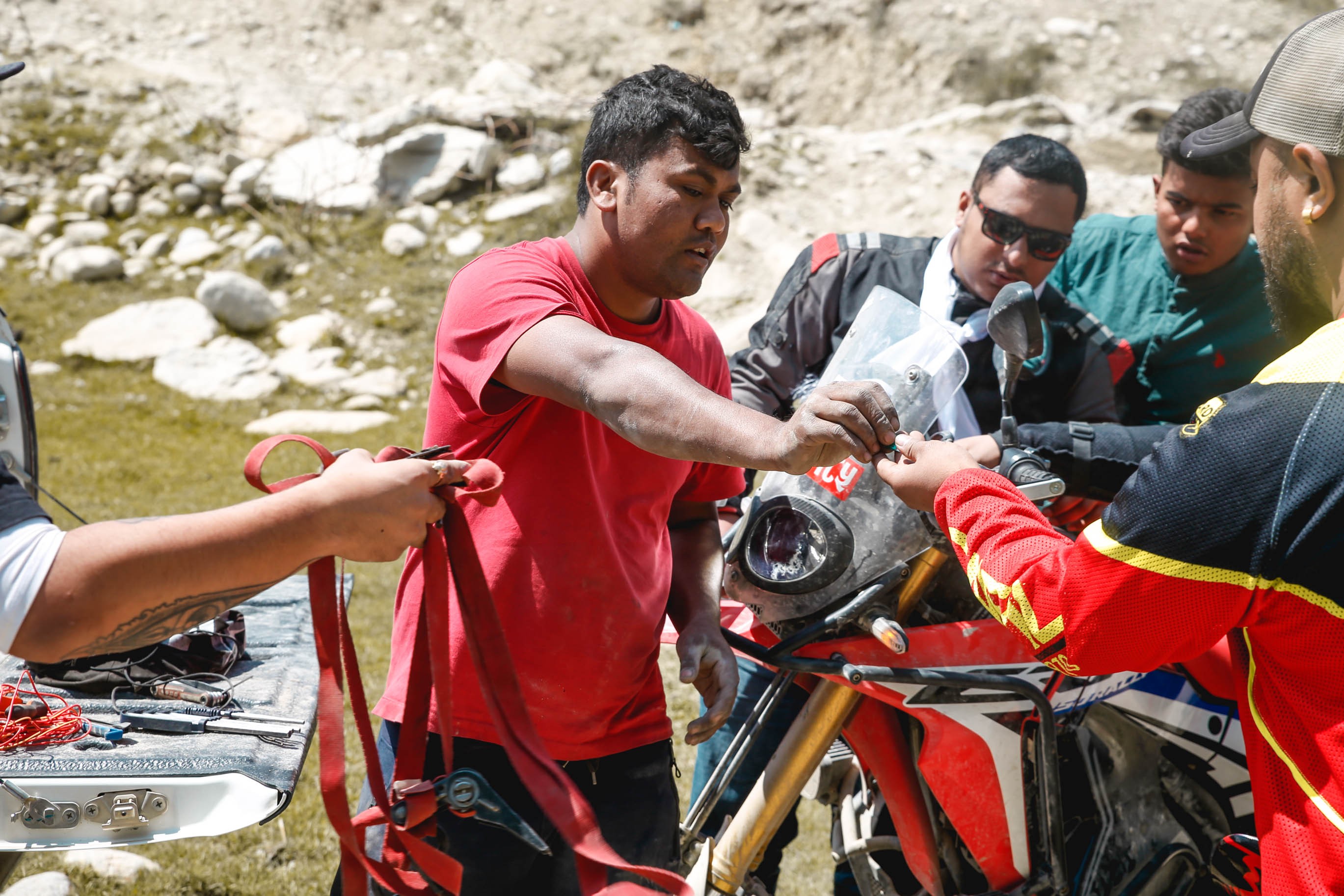 I was a long way from home and the downhill thrill put the light in me. The rocky descent led to one of our motorbikes to breakdown but to our rescue arrived BMW Motorrad Nepal. Helping us fix the bike and saving us the misery, we were elated and shared the spirit of the Himalayas. A weary ten hours later we were in Lete, a quintessential Nepali village surrounded by lush greenery with a backdrop of the splendid mountains. Another day unravelled a new journey for us, we called it a day after some great food. 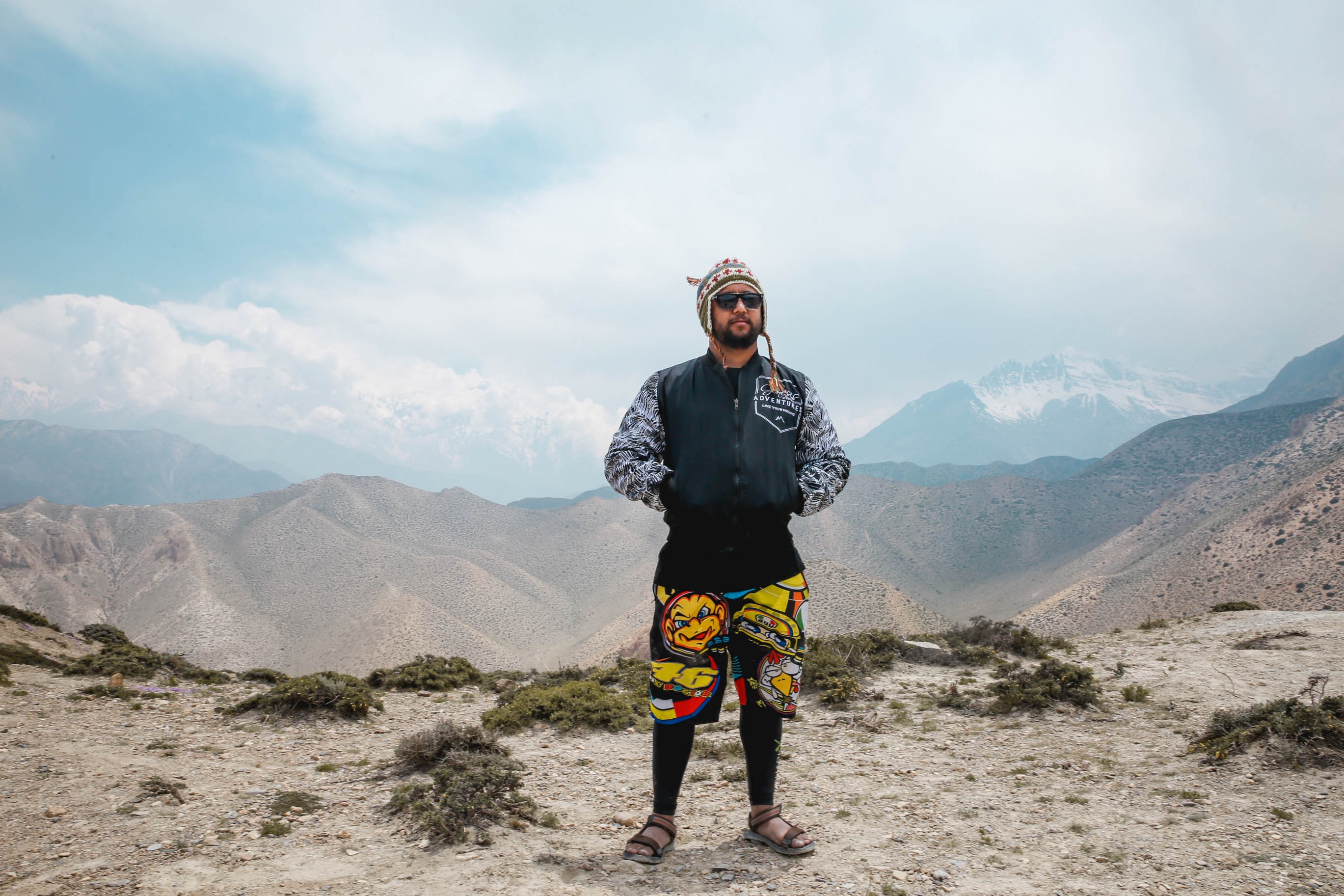 We were taken aback by Lete’s still beauty but with the trip almost over, we packed and headed for the roads again. Our band of riders arrived at Tatopani, a natural hot spring, on the sixth day for some recuperation. Another 120 km and we were in Pokhara, to civilisation we’re so accustomed to, the city where it all started. 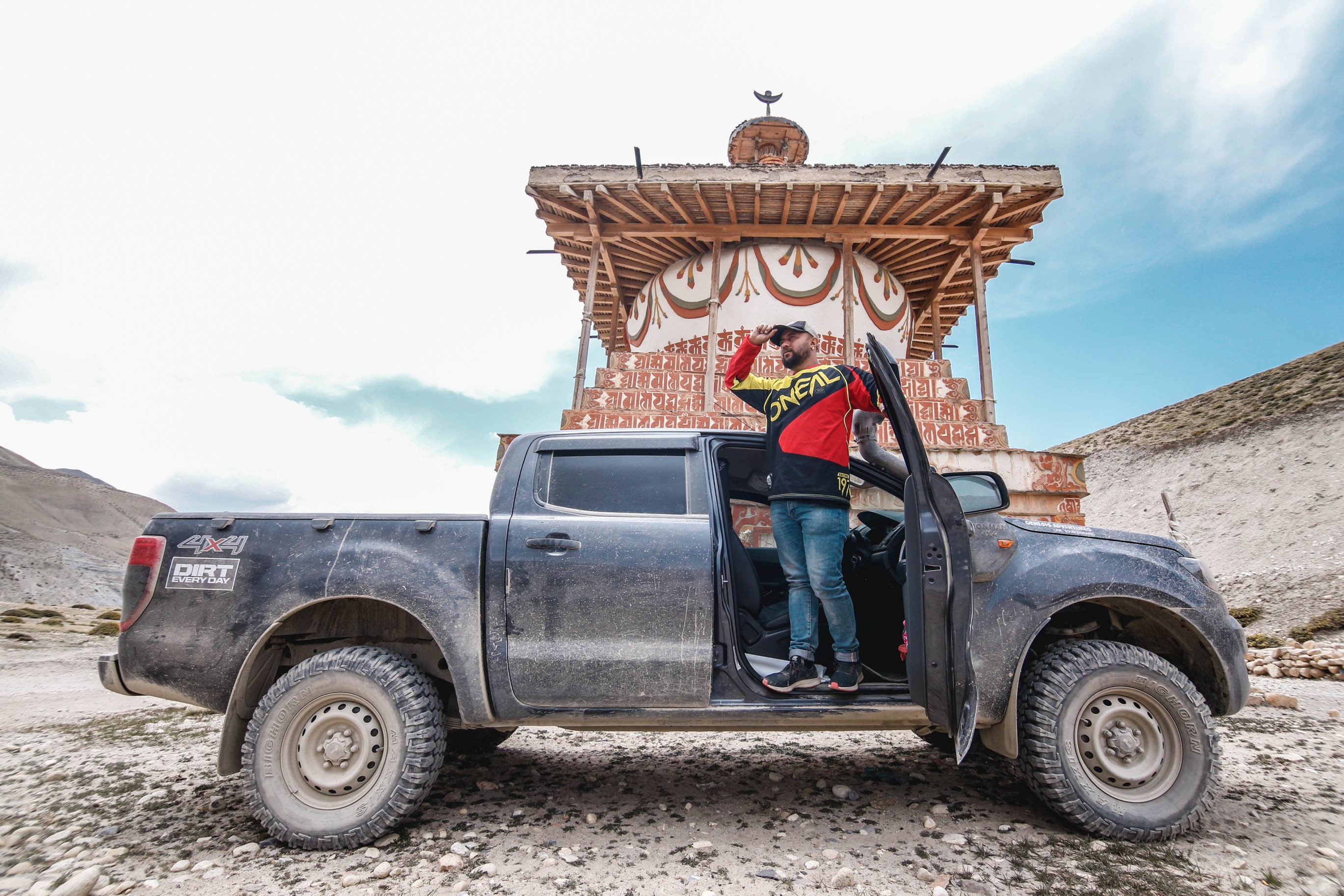 I saw the same eagerness in all of us, the penchant for quests and adventure, the wind against our faces and the love for exploring the raw earth we call home. And I’m thankful to everyone for building roadways into the future of adventure tours, reinforcing friendship and solidarity. 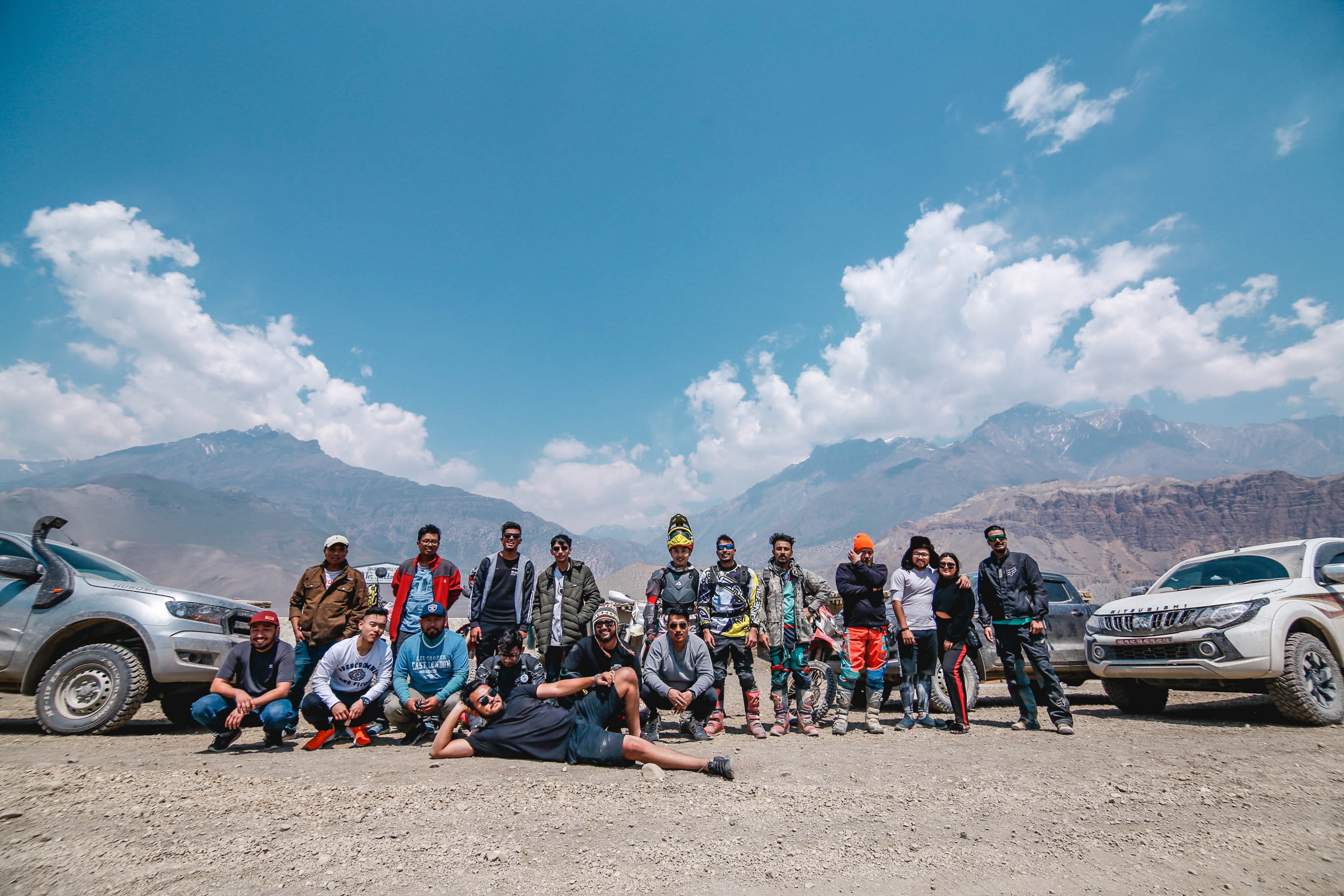